Trans-Resveratrol, found naturally in red wine and chocolate, is a popular supplement for its extremely potent antioxidant properties.

We’ve all heard of the health benefits of antioxidant-rich foods like red wine, chocolate, blueberries, and cranberries. One of the main compounds responsible for these effects is resveratrol — a molecule produced in a wide range of plant species.Resveratrol is especially high in foods with a lot of colour (such as grapes or blueberries).The Main Benefits of Resveratrol Include:• Protects the mitochondria (powerhouse of the cell) from oxidative damage.• Supports healthy blood lipid levels (aka cholesterol).• Promotes longevity.• Protects the brain from oxidative damage.• Supports healthy glucose metabolism.• Activates our innate stress-response system.

The Science Behind Trans-Resveratrol

There are two forms (isomers) of resveratrol used as supplements:

How Does Trans-Resveratrol Work?

The mechanisms used by trans-resveratrol to produce its effects have been puzzling researchers for decades. Although there are parts of resveratrol we understand well, there are others that remain more elusive.What we do know about the compound is that it has a high antioxidant capacity — especially in the mitochondria of the cells where most of our energy is produced.Free radical compounds are abundant in our environment (hydrocarbons, pesticides, solvents, heavy metals, etc). Other free radicals are produced naturally by the body as a byproduct of cellular processes like energy production.The very nature of a free-radical means it’s unstable and will steal electrons from other molecules it comes into contact with. If enough of these molecules are affected, it can cause our cells, or our DNA to break.Oxidative damage to the DNA is one of the main mechanisms attributed to the side-effects of ageing. All proteins in the body — including enzymes — rely on DNA as the blueprints. As more of our DNA becomes damaged, the proteins it encodes for may also be defective — leading to side-effects like sagging skin, fatigue, lowered immunity, and many other side-effects.Trans-resveratrol prevents this from happening by taking the hit of the free radical instead. Instead of stealing electrons from our cells, resveratrol swoops in to give it the electrons it needs — thus preventing damage to the DNA or cell membranes.Other benefits of trans-resveratrol come from a concept called hormesis.Hormesis is a concept where a compound (in this case trans-resveratrol) causes a small amount of stress to the body — to which the body responds by activating compounds designed to protect us from this stress. Since the initial trigger was so small, the response made by the body ends up being far greater than it needs to be — resulting in a bolstering of our antistress systems.The idea is that resveratrol can, therefore, increase our ability to resist stressful situations (including mental, physical, and chemical stress) — leading to a better state of health, and a longer lifespan (in theory).

Is Trans-Resveratrol The Supplement For Me?

Most people who take trans-resveratrol do it for its longevity-promoting benefits — especially among athletes or older generations seeking protection from the inevitable side-effects of ageing.People undergoing high levels of stress on a daily basis can also stand to benefit from this supplement through its effects on the stress response. With a greater ability to resist stresses throughout the day, it helps users resist burning out for longer periods of time despite heavy workloads or high pressure at work or university.Many people are also taking the compound for the protection of the cardiovascular system. This again is primarily due to its high antioxidant potential. Over time, free radical damage can lead to a hardening of the arteries and heart disease.Trans-resveratrol is usually taken on a daily basis for long periods of time. It’s a safe supplement with virtually no reported side-effects. 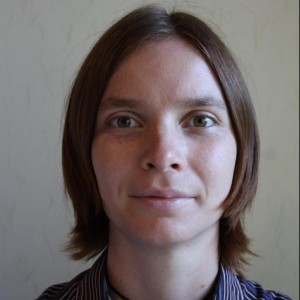 I suffer with joint pain particularly at this time of year when the weather gets colder and wetter and I've found my joints haven't been affected as badly since taking the supplements. In the coming months I'm hoping to see longer term benefits such as a lowering of blood pressure.

United Kingdom
I am very satisfied with the product

I have full confidence in focussupplements and have been using their products for years. The quality and the price are right and so far there has been nothing to complain about.

Great product. Normally very expensive but FS have it at a great price!Going to purchase more as I am a great believer of this product.Its very benificial to the heart

It is the first time that I try this supplements brand. I think it is working properly. I can notice a slight improvement in the appearance of my capillaries, which is why I take it.